Well, as I mentioned in class today, one of the films I’m assigning you to see outside of class is El Sistema (ì—˜ ì‹œìŠ¤í…Œë§ˆ), which is a documentary film about a program for underprivileged kids in Venezuela that combines music education with community outreach and social justice. 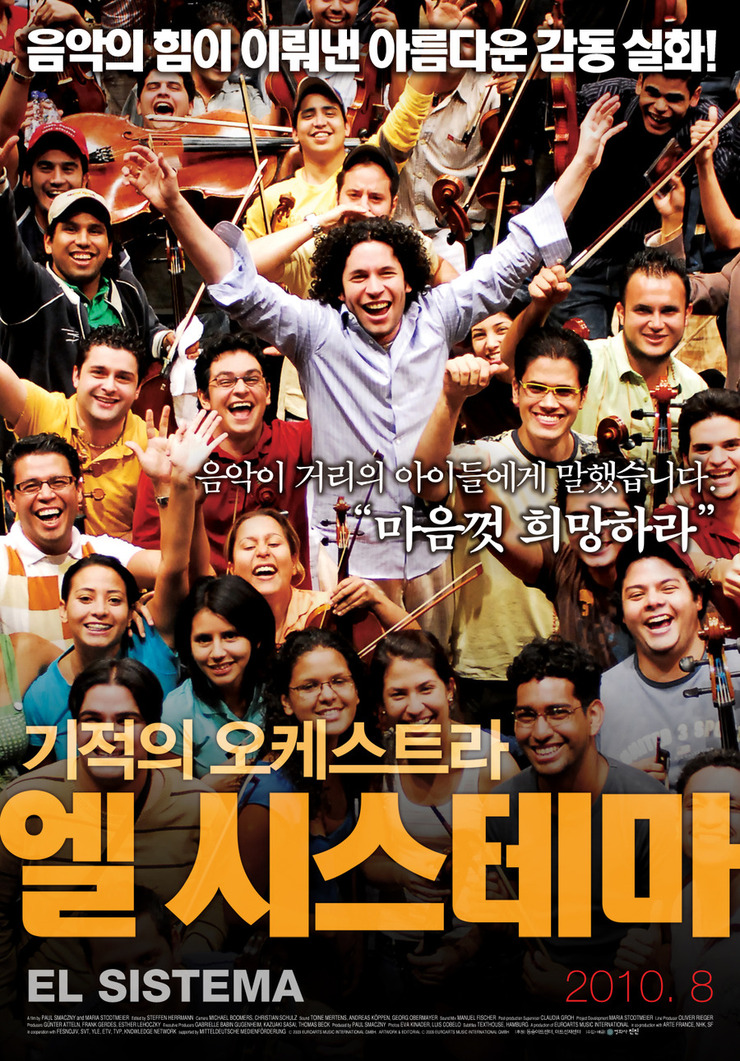 (Click on the poster — after you’ve read the following homework explanation — to read more at Wikipedia about the project discussed in the film.)

(Since the film is running till the end of September, and plays everyday, you have no excuse to miss it.)

Here’s a map, and I think this is the location on Google Maps.

Warning: the cinema is pretty close to the subway station, but if you’re more than 10 minutes late for the film, then they won’t let you in, so don’t be late!

Also: there are no drinks or snacks in the theater, and the cafe in front of the cinema is quite expensive, so make sure you have either eaten before or have something in your bag to sneak in.

While this is not a film made in the USA or Britain (or any other Englishs-speaking country) it definitely is the sort of film that one would see in a repertory cinema in those countries, and we’ll be talking about the internationality of English-language film, so it’s a good counterpoint. It’s also just an amazing documentary and worth seeing so…

As for the homework component: once you’ve seen it, you are expected to write a blog post about the film. Write about whatever aspect you wish: the interviewing, the storytelling techniques, the subject, the use of music… whatever you like.

Comments are closed.
"For the correct analogy for the mind is not a vessel that needs filling, but wood that needs igniting..."      —Plutarch, "On Listening," Moralia